Despite what many Americans might think, the most populous Muslim country in the world is not located in the Middle East. The Southeast Asian island nation of Indonesia has over 200 million followers of Islam–roughly one out of eight of all the Muslims in the world. And their history goes all the way back to at least the early 1200’s. 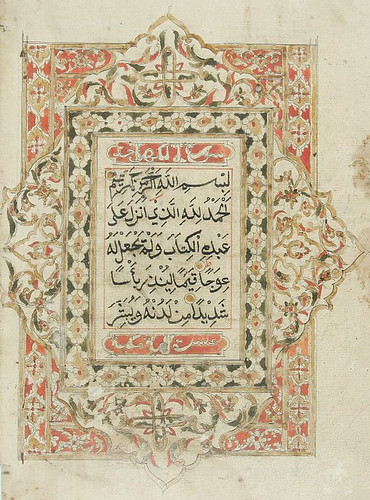 Since the time of Alexander the Great, the area we now know as India was a strategic center of trade, and the diplomatic contacts made by Indian rulers from the time of Ashoka to the Gupta Dynasty reflected this: the Hindu regions established trade ties with the Chinese Emperors, the Egyptian Pharoahs, the Roman Empire, and, later, the Arabs and the Turks, the island of Ceylon (modern Sri Lanka), southeast Asia, and the hundreds of large and small islands around the “East Indies” (modern Indonesia). Trading ties were particularly strong with the Majapahit rulers on the island of Java and the Sri Vijaya on Sulawesi. Both these islands became heavily “hinduized” as trade relations led to the adoption of many elements of the Hindu religion and Sanskrit language.

But by the 9th century CE there was a new global player. The Muslims, who began as a small local religious group in the Arabian desert, embraced scholarship and trade and, as Europe fell into religious wars and ignorance, the Islamic world, particularly the powerful Caliphs in Baghdad, became the enlightened center of the educated world. Muslim trading networks spread across northern Africa, down into Nigeria and Ghana, and over to Spain. The trading network also went east, through Afghanistan, southern Russia, India, and China. And along with their trade goods came Arab and Persian science and mathematics, the Arabic language, and the Islamic religion. In many areas, the local rulers found that it was easier to conduct trade with the Arabs if both partners shared the same religion and religious laws, so they willingly converted to Islam. In the other direction, many Arab traders settled along the trade routes, intermarrying with the local populace and gradually exporting the Muslim culture. Islamic colonies were established in northern and eastern Africa, Afghanistan, northern India, and parts of China. It was silver, not the sword, which built the Muslims a global trade empire.

Much of the Muslim trade network was land-based; long caravans crossed the Sahara and plied the Silk Road all the way to China. But the Arabs and Persians were also excellent seamen, and their dhows regularly crossed the Indian Ocean from East Africa to the port cities of India, then going on to what is now Malaya and the Indonesian islands. We do not know when these contacts were first made, but we do know from Chinese records that in the year 877 CE there were almost a quarter-million Muslims living in the port city of Canton, and when a peasant rebellion broke out ten years later most of them fled to escape the fighting and settled in Malaya, and probably also in Indonesia.

In the first years of the 11th century, the Arab scholar Abdullah Arif arrived on the island of Sumatra, and played a large role in converting local people to a version of Sunni Islam which blended it with elements of Hinduism and their traditional animism. By 1202, one of the local rulers, Shah Johan, converted and established the earliest-known officially Muslim kingdom in Indonesia. By the 1300’s most of Sulawesi was Muslim, and the city of Palai had established itself as a center of commerce and learning. Although there was sometimes territorial warfare between Muslim and Hindu kingdoms, this was rarely religious in character. In 1406 the ruler of Malacca accepted Islam and changed his name to Sultan Iskander Shah, and helped to spread the faith into Malaya. By this time much of the population of Java was Islamic, and in 1450 their Majapahit rulers also converted, officially becoming a Muslim Sultanate. From Malacca and Java, Muslim scholars followed the trade routes to the Philippines, where they established a large colony on the island of Mindanao.

And then, in the first years of the 16th century, yet another new player arrived. Portugal invaded Malacca in 1512, destroying the Muslim kingdom there and pushing a flood of refugees into the rest of Indonesia. Nine years later the Spanish invaded the Philippines, waging war there for the next 30 years (and never completely subduing the Muslims on Mindanao). Spain and Portugal were interested in trade, but also in conquest and religious conversion, voluntarily or otherwise. When the Catholics seized control of an area, one of their first acts was to force everyone to convert to Christianity.

The Muslim rulers in Java and Sulawesi viewed this with horror, and when another European power, Holland, arrived, they seized the opportunity to gain protection from the Spanish. The Protestant government in Holland, and the Dutch East India Company which acted as a surrogate for the Dutch Government, had no interest in conquest or conversion: all they wanted was a monopoly on the spice trade between Indonesia and Europe. By the 1800’s, however, the Dutch had transformed themselves into a full-fledged colonial power, and had taken military and political control of the “Dutch East Indies”. But even the colonial Dutch made no effort to convert the Muslims. During the resistance to Dutch colonial rule, the Malay language and the Muslim religion became important shared identities that cemented the differing native cultural groups into what would become, after World War Two, the unified independent nation of Indonesia.

Today, although Indonesia is overwhelmingly Muslim (about 90%), it is also constitutionally established as a secular democratic republic with guarantees of religious freedom and tolerance for its many minority faiths, which include Buddhism, Hinduism, animism, and Christianity. With the rise of the radical jihad movement in the 21st century, several pro-Al Qaeda groups appeared in Indonesia and have carried out attacks on civilians in Bali and Jakarta while advocating for a strict sharia state, but they are small and have little support. In elections, the jihadist groups are far outclassed by the secular parties. Indonesia, meanwhile, is quietly cooperating with US military efforts to stamp out the jihadi groups in southeast Asia, including those in the Philippines. (Indonesia is also cooperating with American military efforts to outmaneuver the Chinese in the strategically-vital Moluccan Straits.)

As Indonesia continues to build a modern urban infrastructure and a growing international trade economy, the nation is now poised to take over from China as the next low-wage economic haven with hopes of becoming the next Asian economic superstar, and any calls for a strict religious state are therefore seen as a step backwards and an impediment to economic growth and prosperity. It remains to be seen whether Indonesia will be able to make its economic leap, and if so what the effect will be on the world of the first Islamic superpower.