Originally designed during World War II as an upgrade for the B-29, the B-50 Super Superfortress entered SAC as the US’s first purpose-built nuclear bomber.

END_OF_DOCUMENT_TOKEN_TO_BE_REPLACED

By the spring of 1813, the War of 1812 had entered a new phase. The American drive into Canada had mostly stalled and the land war settled into a deadlock. But although England was still tied up in the war with Napoleon, the Royal Navy, stung by the recent string of American naval victories, was able to spare a small force for North America to hunt down the US frigates, and to prevent American privateers from leaving harbor.

END_OF_DOCUMENT_TOKEN_TO_BE_REPLACED

Humans never landed on the Moon, NASA faked the 1960s Moon landings (perhaps with the help of filmmaker Stanley Kubrick), and the whole thing was staged here on Earth. Since then, there has been a huge Conspiracy to cover up the fakery.

As one Conspiracy fan describes it, “Some of the moon walks are definitely filmed in a movie studio, no question. My theory about the production process is the astronauts were subjected to multiple iterations of mission training simulations where they followed the same script over and over, and much of this occurred in movie studios before cameras. At a minimum some of these training simulation films were used in the official mission footage. How much of any of it was actually on the moon I don’t claim to know, but a lot of it seems highly dubious.”

Another Reddit fan adds, “I don’t think man ever landed on the moon, other space shit is hard to believe. No I don’t believe in Flat earth, but I am not certain the ISS is real.”

END_OF_DOCUMENT_TOKEN_TO_BE_REPLACED

For almost 20 years, Sweden had a little-known and mostly unremembered colony in the New World, centered around Fort Christina, in modern-day Wilmington DE 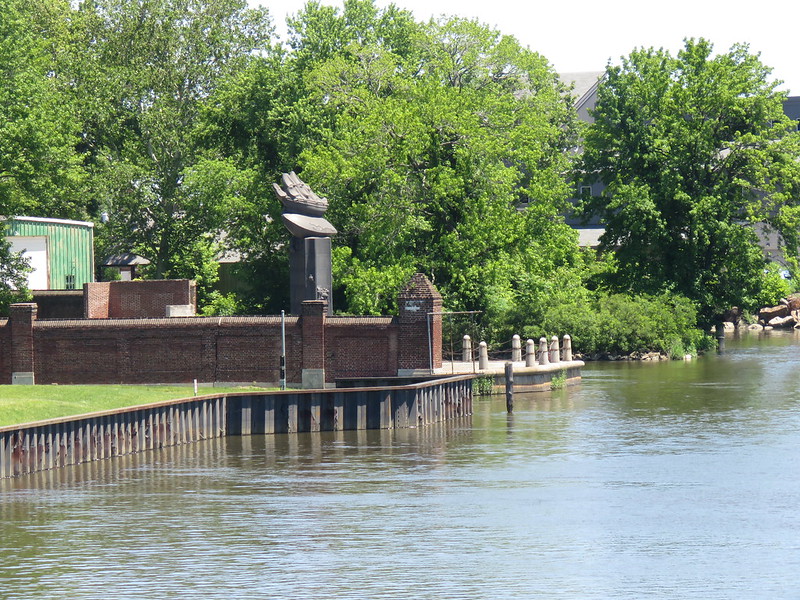 The site of Fort Christina

END_OF_DOCUMENT_TOKEN_TO_BE_REPLACED

Almost thirty years after the War of 1812, the United States and British Canada almost got into another shooting match over the border in Maine.

END_OF_DOCUMENT_TOKEN_TO_BE_REPLACED

The American invasion of the Niagara peninsula in 1813 produced the enduring legend of one of Canada’s first national heroes, Laura Secord—who has been called “Canada’s Paul Revere”. It is hard to tell, however, how much of the Laura Secord story is myth and how much of it is historical reality.