The election of Abraham Lincoln and the anti-slavery Republican Party in 1860 made the gap between North and South unbridgeable. Secession was now inevitable. 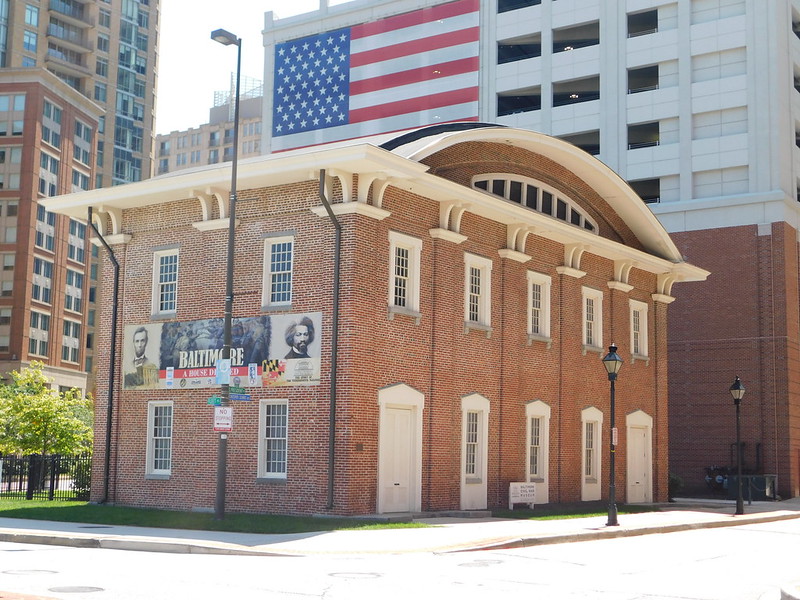 At 2am on the night of November 6, 1860, Abraham Lincoln finally received what he had stayed up all night waiting for: the news that he had won the Presidential election.

The issue of slavery was steadily tearing the nation in two. A year earlier, abolitionist firebrand John Brown had been convicted and hanged for seizing the Federal arsenal at Harpers Ferry in an attempt to spark a slave rebellion. The newly-formed anti-slavery Republican Party already dominated the House of Representatives, while the Democrats split into northern and southern factions over the slavery question. President Buchanan had kept his campaign pledge to serve only one term and did not run again, and in the 1860 elections chaos followed. The two factions of the Democratic Party each nominated their own candidate, the Republicans nominated Abraham Lincoln, and the Constitutional Union and Know-Nothing parties also ran. Lincoln had won with less than 50% of the popular vote.

South Carolina was first to react. Within weeks of the election, the state legislature passed a motion of secession which was confirmed soon after by referendum. On December 20, the state formally announced her withdrawal from the United States. In Congress, the Crittenden Compromise was proposed, which in essence resurrected the old Missouri Compromise, drawing a line across the continent to divide slave states from free. But it was far too late. By February 1861, Mississippi, Florida, Alabama, Georgia, Louisiana and Texas had also all seceded, and others followed later. The country was running headlong towards war.

Lincoln himself was already the target of hatred. Although he had run on the campaign promise not to interfere with the institution of slavery where it already existed, he had also pledged to halt its expansion into any new territories, and Southern slaveowners were convinced that once in office Lincoln would use his power to outlaw slavery everywhere. The President-Elect began receiving death threats from all over the country.

Meanwhile, the head of the Philadelphia, Wilmington and Baltimore Railroad, named Samuel Morse Felton, was meeting with Allan Pinkerton, whose detective agency was already famous. Nearly all of Felton’s railroad network passed through Baltimore, and with talk of war in the air, he was worried about the security of bridges, trestles and isolated stations that would be vulnerable to secessionist saboteurs. Pinkerton assigned several of his detectives to go undercover, posing as Southern sympathizers, to ferret out any efforts to disrupt the tracks, and himself masqueraded as a wealthy stock trader under the name “John H. Hutchinson”. They quickly discovered that Baltimore was a hotbed of secession and the majority of the city’s population was sympathetic to the Confederates, including most of the police and the city government.

In Illinois, Lincoln was busy selecting a Cabinet and laying plans to travel to Washington DC for the inauguration on March 3, when he would assume office. He wanted his trip to be a symbol of unity, passing through as many large cities as practical—Cleveland, Indianapolis, Cincinnati, Buffalo, Albany, New York, Philadelphia, Harrisburg, Wheeling, and Baltimore. The planned schedule was published in all the newspapers, and Lincoln planned to make a speech at each stop. He departed Springfield on February 11.

Pinkerton, meanwhile, was making more and more contacts. As he would later tell the story, one of these was cotton trader James H. Luckett, who, Pinkerton noticed, took a particular interest in Lincoln’s movements. During a conversation, Luckett remarked almost offhandedly that Lincoln “may pass through Baltimore quietly, but I doubt it”. Pinkerton, who thought that Luckett knew more than he was letting on, then made an ostentatious display of giving him a large sum of money, declaring that he should use it “in the best manner possible for Southern rights”. A short time later, Pinkerton reported, Luckett told him the whole plan.

It centered around a group of Southern sympathizers who were living in the Barnum Hotel, and at its center was one of the hotel barbers, an Italian immigrant named Cypriano Ferrandini. Lincoln was scheduled to arrive at the Calvert Street Station in Baltimore on February 23. After his speech, the President would then have to travel by carriage to the Camden Street Station, about a mile away. Ferrandini’s scheme was to sprinkle several dozen armed Confederates in the crowd at the station where Lincoln would be speaking, and create a disturbance that would draw away the police who would be guarding him. In the resulting confusion, it was assumed, at least one of the potential assassins would be in a position to attack him.

After finagling a meeting with Ferrandini himself, Pinkerton concluded that this conspiracy was a real danger to be taken seriously, and quickly sent a message to Lincoln’s train by special courier asking for an urgent meeting. On February 21, Pinkerton, Felton, and several of Lincoln’s aides met in Philadelphia, where Pinkerton spelled out the whole plot.

Pinkerton then laid out a plan of his own: if Lincoln would leave Philadelphia tonight on the 11pm train, he told the aides, instead of spending the following day in Harrisburg as scheduled, he would arrive a full day earlier than the conspirators were expecting and would then be able to transfer trains in secret. The detective also insisted that Lincoln should be disguised to hide his identity—and of course he would have to abandon his planned speech.

The aides were horrified. Not only did they find the image of an American President being forced to sneak through an American city in disguise as totally repugnant, but they knew Lincoln placed enormous political significance on this trip as a way to show resolve and unity of purpose. They declared that Lincoln would never agree to it. In turn, Pinkerton insisted on speaking with the President-Elect himself.

Lincoln listened impassively, then concluded that he had already promised to speak at Independence Hall in Philadelphia the next morning and at the Harrisburg state legislature in the afternoon. After that, if it could be arranged, he would leave early for Baltimore. Lincoln later noted that he wasn’t really convinced that there was a serious danger until, in Philadelphia, the soon-to-be Secretary of State William Seward had privately informed him that the US Army had also uncovered evidence of a conspiracy to attack him in Baltimore.

In Harrisburg, Lincoln ducked out of a dinner with the Governor, pleading tiredness, and, wrapped in a shawl and a wool hat to hide his features, was hustled into a waiting carriage to the train station. The 250-mile trip took five hours, with two changes of trains along the way. To prevent drawing attention, the disguised President-Elect was riding in ordinary passenger trains, hiding out in a private sleeper car with Pinkerton beside him the entire time, as well as Lincoln’s friend and former law partner Ward Hill Lamon, who was armed with two revolvers and two derringers. One of Pinkerton’s agents also took the precaution of disconnecting the local telegraph lines so that if Lincoln were recognized, nobody could send word ahead.

As planned, they arrived at Baltimore at 3:30am, pulling in at the President Street Station instead of the announced Calvert Station, and the transfer to Camden Station went unnoticed. Lincoln was in Washington DC by 6am on February 23. In an agreed-upon code, the message was telegraphed, “Plums delivered nuts safely.”

Years later, Pinkerton would write, “I had informed Mr. Lincoln in Philadelphia that I would answer with my life for his safe arrival in Washington, and I had redeemed my pledge.”

When the story slipped out to the press, however, they responded with skepticism and ridicule from all sides. The pro-Union New York Tribune declared, “It is the only instance recorded in our history in which the recognized head of a nation … as been compelled, for fear of his life, to enter the capital in disguise.” The pro-Confederate Baltimore Sun mocked, “Had we any respect for Mr. Lincoln, official or personal, as a man, or as President-elect of the United States … the final escapade by which he reached the capital would have utterly demolished it … We do not believe the Presidency can ever be more degraded by any of his successors than it has by him, even before his inauguration.” Cartoons appeared depicting Lincoln hiding in a railroad car wearing a woman’s dress.

Historians still debate whether the “conspiracy” was actually a real threat and whether Lincoln was ever truly in any danger.

Today, the President Street Station where the disguised President Lincoln entered Baltimore is the oldest still-existing city railroad station in the US, and houses the Civil War Museum.