During the Second World War, the submarine proved its effectiveness as a weapon. The German U-boats nearly brought England to its knees in the Battle of the Atlantic, while in the Pacific, the US submarine force crippled Japan’s maritime shipping, cutting off its raw materials and sinking over half of its tonnage losses. 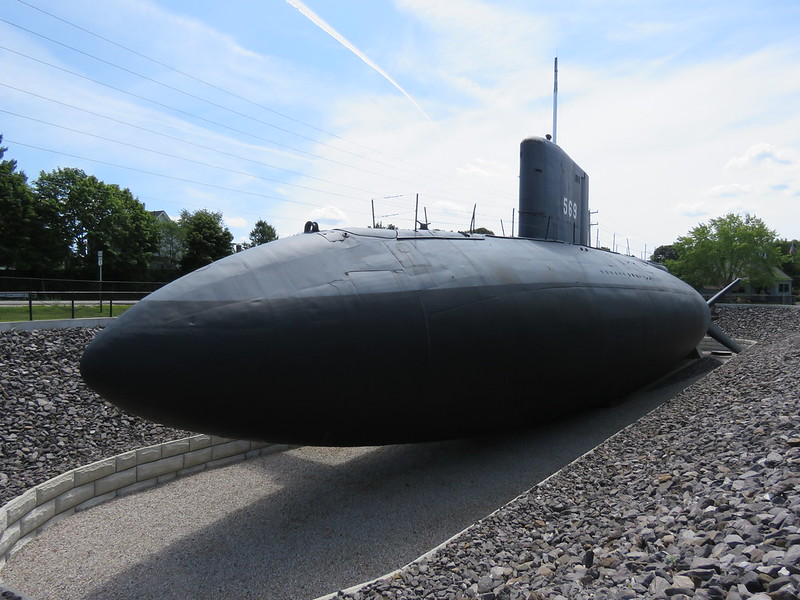 Despite their successes, however, World War II submarines had an inherent weakness. While they could run on diesel engines while at the surface, when submerged they had to depend on battery power, and this was slower and less effective. As a result, despite the name “undersea boat”, submarines actually operated more like surface ships, submerging only when necessary for attack or defense. With the advent of radar, this made them extremely vulnerable.

The Germans in particular were crippled by this problem, losing large numbers of surfaced U-boats to enemy aircraft. In response, the latest model of submarine, the Type 21, included a number of modifications to protect the ship from radar-equipped surface attackers. The hull was made rounder and more streamlined, giving it greater speed and also creating less radar echo. To further deaden the reflection of underwater sonar, the hull was coated with a rubber compound (the exact composition of which is still a secret) to absorb the sound energy. At the end of the war, the US Navy examined captured German Type 21 U-boats and incorporated most of their design features into its own newest submarines, the Tang class. But these designs were still better-suited for surface running than for underwater cruising.

In 1949, Admiral Charles “Swede” Momsen, who had been commanding submarines since the 1920’s, envisioned a radical new idea: a submarine that was specifically designed from scratch to be as fast and stealthy underwater as possible, allowing it to spend nearly its entire patrol time submerged, safe from enemy detection. Momsen knew that the US was already laying plans for a nuclear-powered submarine that could stay out at sea for months at a time without refueling, and he now envisioned the marriage of the endurance and range of nuclear propulsion with a super-fast and stealthy hull. The concept became known as “Greater Underwater Propulsive Power”, or GUPPY.

At this point in time, however, the Navy was run by carrier admirals who had seen the might of naval air power against Japan and who wanted the US to put its resources into building bigger and better flattops, not submarines. Momsen knew that he would face bureaucratic and budgetary hurdles if he tried to advocate for building a brand-new type of attack submarine. So, in a clever ploy, he argued that the carrier fleet would need to be defended against new and improved Soviet submarines—therefore it made sense for the US itself to build an experimental example utilizing the most advanced technology available so the Navy could test its fleet against it in wargames. He was given approval for what would become the USS Albacore. Design work began in 1950.

From the start, Albacore was designed to give the greatest underwater performance possible. The clunky hull shapes in the Tang class, though the best available, were not up to the job, so the project began with a blank slate. Using slide rules, the design team came up with dozens of potential hull shapes, some of them based on aircraft fuselages or blimps, some on artillery projectiles (including the .50-caliber machine gun bullet), and some on birds or fast-swimming fish. At least 25 different scale models were fabricated to test them, first in a water tank and then in a wind tunnel.

Ultimately, the most efficient shape was that of a fish. Blunt at the nose, widening to a point just behind the “head” and then tapering gracefully towards the “tail”, the Albacore had the round streamlined profile of a mackerel.

Other modifications were made in the interests of gaining more speed. The hull was entirely welded together, leaving a super-smooth surface. The conning tower was slimmed into a sleek narrow “sail” which could cut through the water more effectively. Previous submarines all had twin propellers, the primary purpose of which was for steering the ship on the surface by running one prop faster than the other. But since Albacore was intended to spend nearly all her time underwater, she needed only one propeller. Her steering came from a rudder that was attached to the back edge of the sail, and from two pairs of dive planes—one mounted at the front and one behind the propeller. Over time, the configurations of the control surfaces were changed to test out new ideas, finally ending up with a large X shape at the tail, just in front of the propellers (a smaller second counter-rotating propeller had also eventually been added to improve performance).

Because she was intended only as an experimental target ship, Albacore did not carry any torpedo tubes or other weaponry, nor did she carry much in the way of navigation and communications equipment. Her diesel engines were leftovers from the Tang program, chosen simply because they were available and they fit into the cramped allotted space. The engines and drive shaft were mounted on special shock absorbers to prevent vibrations from entering the water.

When Albacore entered service in December 1953, officially classed as “Auxiliary Submarine AGSS-569”, she dropped jaws. Astonishingly maneuverable, the submerged ship was able to outrun even the Navy’s most modern sub-killers (Albacore’s top speed is still classified but was at least 27 knots while underwater). Her quiet propulsion and streamlined round coated hull made sonar-tracking difficult. In one fleet exercise after another, the submarine was able to penetrate the Navy’s carrier defenses. Momsen had, in his roundabout way, demonstrated his point and, lesson learned, by 1960 the US was producing the Thresher class submarine, which was essentially a nuclear-powered version of the Albacore.

The experimental submarine remained in active service until 1972, becoming a test-bed for a slew of improvements in propulsion, power generation, control, propeller shapes, and hydrodynamics (many of which are still secret). After being retired, Albacore was stored in the Philadelphia shipyard until 1984 when she was donated to the city of Portsmouth ME, where she had been built. The city constructed a park with a large outdoor dry pit in which the sub could be placed, and in 1986 Albacore was put on display as a historical museum, which is run by the Portsmouth Submarine Memorial Association, a local nonprofit organization. 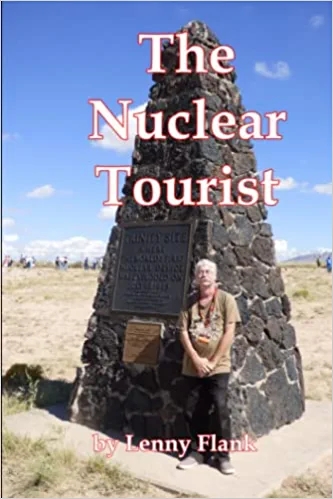