The strangest battle of the Second World War happened in its closing days, when US Army and German Wehrmacht troops fought side by side to free French political prisoners being held by the SS. 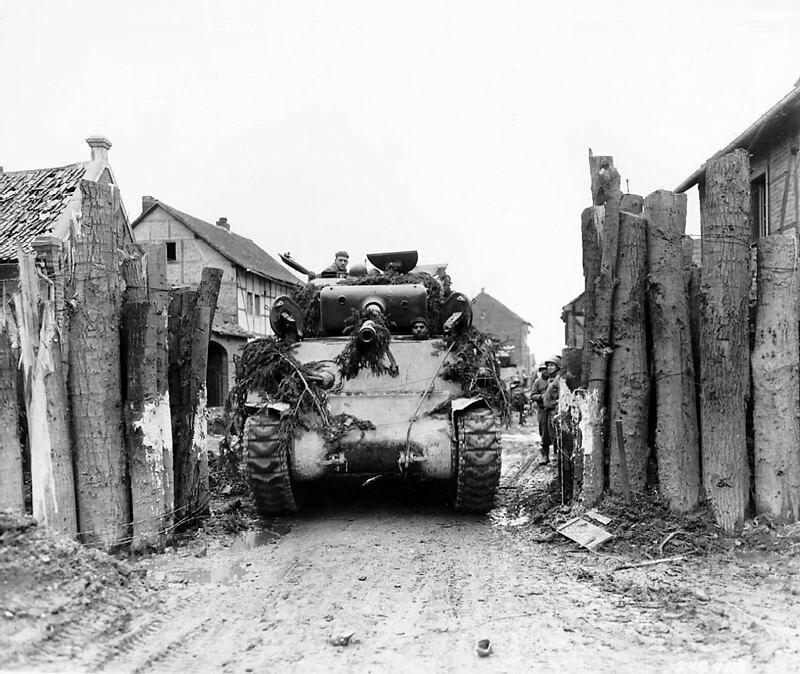 When the Nazi party took power in Germany in 1932, one of its first goals was the assimilation of the ethnically-German areas of Austria. As early as 1934, Waffen SS operatives were secretly in Austria, identifying leftists, dissidents and other potential resistance to a Nazi takeover and marking them for arrest. By 1943, so many resisters were being arrested that the SS decided it needed a temporary prison to hold them before they could be transported to Germany, and Itter Castle, near Innsbruck, was selected in 1943. Administratively, Itter became a department of the Dachau concentration camp, ninety miles away in Germany, and a contingent of forced laborers from Dachau were used to strengthen the castle walls and transform its rooms into cells.

A short time later, Itter was designated as a VIP prison, where politically and culturally important prisoners could be securely held. Among the most prominent of those who were transferred to the Castle were Edouard Daladier and Paul Reynaud, who had served as Prime Ministers of France before the Nazi invasion; Francesco Saverio Nitti, who had been Prime Minister of Italy before Mussolini’s rise to power; French Army Generals Maxime Weygand and Maurice Gamelin; Michel Clemenceau, the son of WW1 French president Georges Clemenceau; Leon Jouhaux, the head of the French trade union federation; and Marie-Agnes Cailliau, the sister of Free French leader Charles de Gaulle. For the rest of the war, the prisoners at Itter were held by a contingent of fifteen SS guards who had been transferred there from Dachau. The prison was commanded by Captain Sebastian Wimmer, who had formerly run the concentration camp at Majdanek.

For the most part, the captives were treated fairly well during the war: the Nazis intended to use them as bargaining chips while negotiating what they presumed would be the eventual surrender of the Free French and British forces. But as the war dragged on and continued to get worse and worse for Germany, the situation in Itter became tense.

By April 1945, the Nazi regime could see that the end was inevitable. The commander of the Dachau concentration camp, Eduard Weiter, fled just before the Allies captured the area. He arrived at Itter Castle on the night of April 30. The prisoners, who were equipped with a clandestine radio receiver, were aware that, before fleeing Dachau, Weiter had ordered the murder of some 2,000 prisoners there to help cover up all of his war crimes, and with his arrival at Itter they now feared the same fate. Instead, Weiter surprised everyone by shooting himself. By May 4, Wimmer had also fled, and most of the castle’s SS guards had deserted. But the surrounding hillsides still swarmed with Waffen SS troops, making it impossible for the prisoners to leave Itter.

And so the prisoners, now led by Clemenceau, formed a plan to rescue themselves. Although American troops had reached the nearby area of Innsbruck, the Allies were not aware that prominent political prisoners were being held by the Nazis in Itter Castle, and so made no attempt to rescue them. The prisoners therefore wrote a note in English, intended for the Americans, informing them of the situation and asking them to send soldiers to liberate the castle. The note was given to two civilians, to increase the odds that one of them would get through. They had instructions to give the note to the first group of American soldiers that they could find.

The first to depart was Zoonimir Cuckovic, a Yugoslavian prisoner from Dachau who had been transferred to Itter Castle to work as an electrician. The second courier was Andreas Krobot, a Czech civilian who worked at the prison as a cook.

Remarkably, both messengers got through. In the nearby town of Worgl, Krobot found German Wehrmacht Major Josef Gangl, who was not only himself searching for a detachment of American soldiers to whom he could surrender his troops, but had already made contact with the local anti-Nazi resistance and was arming it with his own weapons. Cuckovic, meanwhile had bicycled all the way to Innsbruck, forty miles away, and made contact with the Americans.

At first, Gangl considered the idea of taking his resistance forces to the castle and freeing the prisoners himself, but that would, he realized, leave the civilians of Worgl open to reprisals by local SS units, who were executing “deserters” and firing upon any house which displayed an Austrian flag or a white flag. So Gangl decided that his best option was to contact the Americans for help. Accompanied by a staff officer and a white flag, he drove off towards the front lines at Kufstein, about eight miles away.

The first American officer he encountered was Captain John Lee, of an African-American unit in the 23rd Tank Battalion. The story that Gangl told Lee must have seemed unbelievable—a defecting Nazi officer who wanted to accompany American troops to liberate a prison full of VIP French prisoners? But the local Army commander had already heard the same story from Cuckovic, and so Captain Lee was given permission to take his tank and a handful of US soldiers to Itter Castle, accompanied by Gangl. The group consisted of 2 tanks, 14 American GIs and 10 of Gangl’s Wehrmacht troopers and Austrian resistance fighters.

After shooting their way through an SS roadblock, (and leaving behind one of the tanks and its crew as a guard) the group reached the castle on the afternoon of May 4. There, they found that the French captives had already organized something of a defense, made up of armed ex-prisoners and a handful of SS guards who had remained behind and thrown their lot in with the Allies. In total, there were now about 40 men inside the prison (a mix of US and German soldiers along with Austrian partisans, freed French captives, and their former SS guards), with one American Sherman tank parked near the front gate.

By now, however, the local SS units, still loyal to the Nazis, had heard about the prisoners at Itter, and on the morning of May 5 they launched an attack with almost 100 men. Artillery shells from an 88mm gun quickly knocked out the Sherman tank and blasted craters in the walls. Lee knew that American reinforcements were approaching, but now feared that they would unknowingly blunder into the besieging SS troops and be ambushed. So he dispatched one of the prisoners, French tennis star Jean Borotra, to make contact with the approaching GIs and warn them.

The Americans reached Itter that afternoon. Faced with superior numbers, the SS troopers either surrendered or fled, and the Battle of Itter Castle came to an end. It is not known how many casualties the Nazis suffered, but the American and German defenders lost only one man—Major Gangl, who was killed by a rifle bullet.

Two days later, the Nazis surrendered and the war came to an end.

2 thoughts on “Castle Itter: When Americans and Nazis Fought on the Same Side”