In 1985, the “Cola Wars” came to a head, in one of the strangest incidents in American business history. 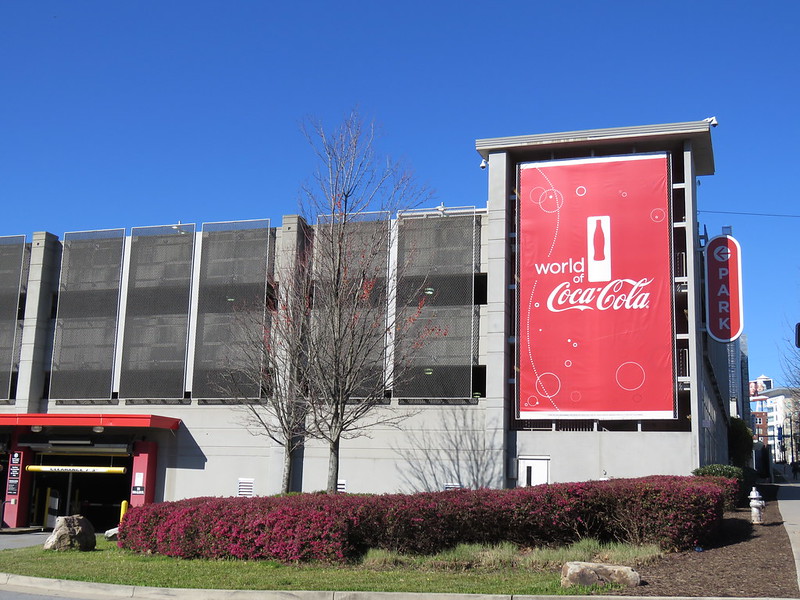 In 1885, a drugstore owner in Atlanta GA named John Pemberton came up with a new medicine. At that time, there was no FDA, no drug-testing, and no regulations, and marketers could sell whatever concoction they could come up with and make all sorts of outlandish claims about its healing powers. The most popular ingredients were alcohol and laudanum (an opium compound). It was the era of “snake-oil peddlers” and quackery.

The new magic elixir that “Doc” Pemberton had mixed up was wine infused with the newest wonder drug—cocaine extract from South American coca leaves—and with the stimulant caffeine, produced from the African kola nut. He dubbed the stuff “French Wine Coca” and began selling it as a cure for … well … virtually everything. Sales were good.

Then, the city of Atlanta passed a local “prohibition” law, banning the sale of alcohol. Overnight, Pemberton’s “Wine Coca” became illegal. In desperation, he changed his formula, and began mixing his ingredients with carbonated sugar water instead of wine, rechristening it as “Coca-Cola”.

It was then that Pemberton got a pleasant (and immensely profitable) surprise. In those days, most drugstores had “soda fountains” where carbonated sugar drinks were sold. These were offered for their ostensible health benefits, but many people, with beer and wine now illegal, bought them simply as a cool refreshing iced drink during Atlanta’s long hot summers. Coca-Cola became popular as a “soft drink”, and Pemberton, recognizing the opportunity, went all in. But Pemberton was no businessman, and sales lagged. It wasn’t until he sold the Coca-Cola business to another pharmacist named Asa Candler, in 1889, that the soft drink’s popularity, fueled by massive advertising campaigns (and by some changes in the formula to make it taste better, which included removing most of the cocaine and adding more sugar), took off. By the turn of the century “Coke” was one of the most readily-recognized brands in the US.

Coca-Cola’s success inspired a whole slew of imitators who wanted to cash in. One of these was “Pepsi-Cola”, first produced in North Carolina in 1898 by the pharmacist Caleb Bradham (and originally named “Brad’s Drink”). Sales went well until the First World War drove the price of sugar up; Pepsi was near-bankrupt. It was Prohibition that saved the company—when booze became illegal, the sales of soft drinks skyrocketed. By the time of the Second World War, Coca-Cola (which had the exclusive contract to supply soft drinks to US troops) still dominated the industry, and Pepsi, hurt by wartime sugar rationing and falling in and out of bankruptcy, was a distant second-place.

In the 60s, however, the soft drink industry began to change, and Coke was slow to change with it. Vending machines demanded new brands and a variety of flavors. And TV introduced a whole new medium of advertising. Pepsi adapted quickly, and targeted the growing youth market.

It wasn’t until 1975, however, that Pepsi began an aggressive campaign to take on Coke. In the “Pepsi Challenge”, booths were set up in supermarkets all over the US and customers were given a blind taste test—and they overwhelmingly preferred Pepsi. This perhaps should not have been very surprising; Pepsi-Cola had a much higher amount of sugar in its formula and people naturally liked the greater sweetness.

At first, Coke dismissed the whole thing as an advertising ploy, but when their own internal testing produced the same results, they got worried. Then over just a few years Coca-Cola’s market share fell from a dominating two-thirds, to less than one-fourth. In some areas, Pepsi was actually outselling Coke. And that led to a momentous decision which produced one of the oddest marketing experiences in business history.

In late 1984, Coke responded with a massive new effort, done entirely in secret. CEO Roberto Goizueta called it “Project Kansas”, and its aim was to abandon the 100-year-old formula and come up with a completely new product—one that could take on Pepsi. The secret ingredients of citrus acid, nutmeg, and others were jiggered around, and the traditional cane sugar was completely replaced by cheaper but more stable high-fructose corn syrup (something the company had already done several years before at many of its bottling plants), but the basic idea was actually pretty simple—make the new soda sweeter and better-tasting than Pepsi.

The next step was to taste-test their new “Formula 7X-100”. In a series of internal polls and blind tests with 200,000 people, Coke found to their immense satisfaction that consumers not only liked the new stuff better than the old Coke, but also liked it better than Pepsi. Three-fourths of the people tested said they would buy it. Mission accomplished. In April 1985, in a full-court blaze of media glare, Goizueta announced the launch of “New Coke”.

The result was massive, loud, and completely unexpected. For over a century, Coke had been an icon, a symbol of American culture that was immediately recognizable around the world, from South America to Africa to even the Soviet Union, dominating and crowding out the native brands (sociologists had even coined a term for this phenomenon—they called it “coca-colonization”).

In the Reagan era of hyper-nationalism and Cold War, changing Coca-Cola was, it seemed to many, like trampling on the flag—it was almost unpatriotic and un-American. Crowds of sign-waving protestors gathered in front of Coke’s headquarters: in some areas, Coke delivery trucks were blocked in the streets and the drivers assailed. When ads for New Coke appeared on baseball stadium scoreboards during games, the crowd booed. So many complaint calls flooded into the CEO’s office that they had to hire additional telephone operators. A group calling itself the “Old Cola Drinkers of America” filed an unsuccessful lawsuit to try to force the company to return to the old formula. (In the ultimate irony, during the trial the plaintiffs were given a blind taste-test, and found that they liked the New Coke better.) Even US Congressmen weighed in, declaring their loyalty to the old Coke. And Pepsi’s advertising department had a field day, with commercial after commercial that gleefully mocked the “New Coke”.

Within weeks, Coke’s sales plummeted, and the company realized it had made a horrible mistake. In July, CEO Goizueta made a new announcement: the old formula would now continue to be offered under the name “Coca-Cola Classic”, on shelves next to the “New Coke”. (The advertising for the “Classic” had the theme “Red, White, And You”.) Over the next year or so, “New Coke” quietly disappeared from stores (to make a very brief but unsuccessful “comeback” in 1990 as “Coke II”). By 1995, Coke had settled back into the top spot.

Today, the whole incident is intently studied in business schools as a ready example of a colossal management and marketing blunder. (Oddly enough, since the ultimate result from the all-pervading publicity was to check the “Pepsi Challenge” and to re-establish Coke as the number one brand, there is actually a conspiracy theory that it was all intentionally planned right from the beginning—a story which Coke management laughs at and denies.) But the “New Coke” story is also interesting as an unintentional experiment in mass psychology. By protesting against something which every objective test indicated that they actually liked better (and many of the protesters had never even tried it), American culture demonstrated with impressive clarity that “image” and “emotional attachment” matters much more than “reality”.