Cristobal Colon, better known by his Latinized name Christopher Columbus, is of course famous for “discovering” the New World. But his oddest trip, it turns out, happened after he was dead. 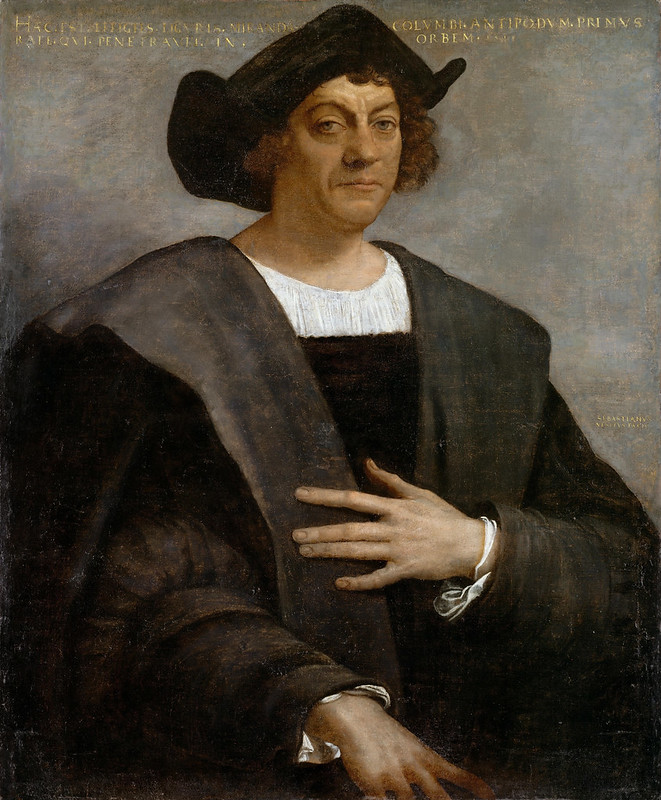 When Christopher Columbus died in Spain on May 20, 1506, he was one of the most famous men in the world. His four voyages to the lands he had found in the Western Hemisphere had made him fabulously wealthy and had presented the Spanish Empire with a seemingly endless source of silver and gold. He had been made Governor of his own territory and granted the honorary title “Admiral of the Oceans”.

In his will, Columbus had asked to be buried somewhere in the New World that he had helped to conquer. But when the Admiral of the Oceans died in the town of Valladolid in Spain, the Spanish monarchy decided that there was no suitable holy ground there for a man of his high status, and so his body was buried on the grounds of the local Catholic monastery.

Columbus’s son Diego, however, did not think that a plain village cemetery was befitting to the grand memory of his father, and so in 1509 he had Christopher’s bones exhumed and re-buried at the convent on the river island of La Cartuja, in the city of Seville. There he was undisturbed for almost three decades.

In 1537, however, a grand new cathedral called Santa Maria la Menor was finished in Santo Domingo on the Caribbean island of Hispaniola. Here at last, the Spanish Government decided, was a resting place in the New World that was worthy of Columbus. The skeletons of both Christopher and his now-deceased son Diego were reverently unearthed by Diego’s widow, Maria de Rojas y Toledo, and shipped to Santo Domingo, the city Columbus had founded, where they were both re-buried in the place of honor behind the cathedral’s altar. There they would rest for over 250 years.

But Spain was now no longer the mighty empire she had once been. By the close of the 18th century, the former world superpower had declined drastically—she had only a tenuous hold on her New World colonies, and when she lost a war with France in 1795, Spain was forced to cede all of Hispaniola to Paris, which turned the island into the colonies of Haiti and the Dominican. Before turning the island over, the Spanish governor, not wanting to leave the honored bones of the great Admiral in the hands of an enemy, decided to take them with him. And so the mortal remains of Christopher and Diego Columbus were once again dug up and sent for safekeeping to the city of Havana, in the Spanish colony of Cuba.

And here is where things get odd. In 1877, a group of workers doing some remodeling in the Santo Domingo Cathedral uncovered a large lead box, buried behind the altar, that was not supposed to be there. It bore the inscription, “The Illustrious and Distinguished Man, Don Colon, Admiral of the Oceans”. Although Christopher Columbus’s son Diego, who had also been buried in the cathedral, had also inherited the title “Admiral of the Oceans”, the Dominican government, perhaps not surprisingly, concluded that the bones were those of Christopher himself, and that the putative skeleton now buried in Havana was someone else, perhaps Diego. The Spanish authorities in Cuba, in turn, declared that they had the real Christopher Columbus skeleton (and also had Diego’s remains as well), and the one in Santo Domingo was mistaken. The argument would continue for the next century and a half.

The Dominicans reverently reburied their Columbus in the Cathedral of Santa Maria la Menor. In 1992, on the 500th anniversary of Columbus’s voyage, an opulent new tomb was opened to the public in Santo Domingo, a 688-foot cross-shaped tomb and lighthouse called the Faro a Colon (“Columbus Lighthouse”). Here the bones from Santa Maria cathedral, which were still claimed to be the authentic remains of Christopher Columbus, were reburied with elaborate ceremony.

In 1898, meanwhile, the United States, using the excuse of an anti-Spanish rebellion in Cuba, began making moves to seize the island. In response, the Spanish Government removed the bones from Havana (which it declared were the real remains of Christopher Columbus) along with the skeleton of his son Diego, and shipped them to Andalusia in Spain shortly before the US invaded the island and captured the city during the Spanish-American War. Upon arriving back in Europe, Christopher’s skeleton was housed in an elaborate tomb that had originally been designed and constructed in Havana but never occupied, and which was now shipped to Spain and assembled inside the Cathedral of Seville in 1899. The burial vault takes the form of four horses (representing the four kingdoms of Spain) holding aloft a decorated crypt containing the bones. UNESCO declared the Cathedral and its tomb a World Heritage Site in 1987. Diego’s remains, meanwhile, were buried in another spot in Seville.

For the next 200 years, both cities, Seville in Spain and Santo Domingo in the Dominican Republic, both claimed that their bones were the authentic remains of Christopher Columbus, and the other was a mistake or a substitute. During this time, meanwhile, the world’s view of Columbus itself began to change. Before, he had been celebrated as a heroic adventurer and explorer who had persevered in the face of skepticism and ridicule and made the most important geographical discovery in world history. Now, he was increasingly viewed as a ruthless conqueror and a greedy treasure-seeker, who had brought disease, slavery, exploitation and genocide to an entire hemisphere. Nevertheless, in both cities the “tomb of Columbus” became a huge tourist draw, one that was vital to the local tourist-based economy. So both Spain and the Dominican Republic had economic as well as historical motivations behind their claims.

Finally, in 2002, an effort was made to solve the mystery of the two Columbus tombs. A Spanish geneticist named Jose Antonio Lorente asked both the Spanish and Dominican Governments for permission to obtain a small sample of bone from both skeletons and sequence their paternal DNA so it could be compared to samples from Christopher’s son Hernando, who Spanish records show was buried in Seville, and another grave that was believed to be Christopher Columbus’s brother.

The Dominican Republic refused to grant permission. But when the bones in Seville were tested and compared to the others, all three matched. This, the team announced in 2006, indicated that the skeleton buried in Seville Cathedral was indeed a male relative of Hernando Columbus, and was very likely the remains of Christopher Columbus.

But that didn’t end the debate.

The Dominicans in Santo Domingo countered that the DNA results also fit a different scenario: perhaps the Spanish authorities in 1795, knowing that Christopher Columbus had wanted to be buried in the city, had substituted skeletons and, while secretly reburying Christopher’s bones in the cathedral where they wouldn’t be found by the French, had substituted a portion of his son Diego’s skeleton as Christopher’s for the trip to Cuba, to convince the French that the famous bones were really gone. In this scenario, the burials in Seville, which have always been presumed to be Diego and Christopher, are in fact both Diego’s bones, and Christopher’s skeleton remained in Hispaniola, as he had always wanted.

Further, the Spanish researchers opened up an even stranger possibility: both burials might really be Christopher Columbus. When they opened the crypt in Seville to obtain a DNA sample, they found that the bones made up only around 15% of a complete skeleton, and nobody knows where the rest of the body is. It is entirely possible then that when the skeleton was exhumed in 1795, only part of the body was sent to Havana and the other part was secretly reburied in accordance with Christopher Columbus’s wishes, and was later rediscovered. In that case, odd as it may seem, the Admiral of the Oceans is actually buried in both Seville and in Santo Domingo.

While DNA testing of the bones in the Dominican Republic may help solve the mystery, it is likely that this will never happen. The Dominican government remains adamantly opposed to any disturbance of the skeleton and any scientific testing of the remains.

One thought on “Where is Columbus Buried?”