Today, we take the Global Positioning System (GPS) for granted: it is a routine feature of everything from out cars to our phones. But when the GPS was first conceived, it was part of a highly-secret military program developed for the Cold War. 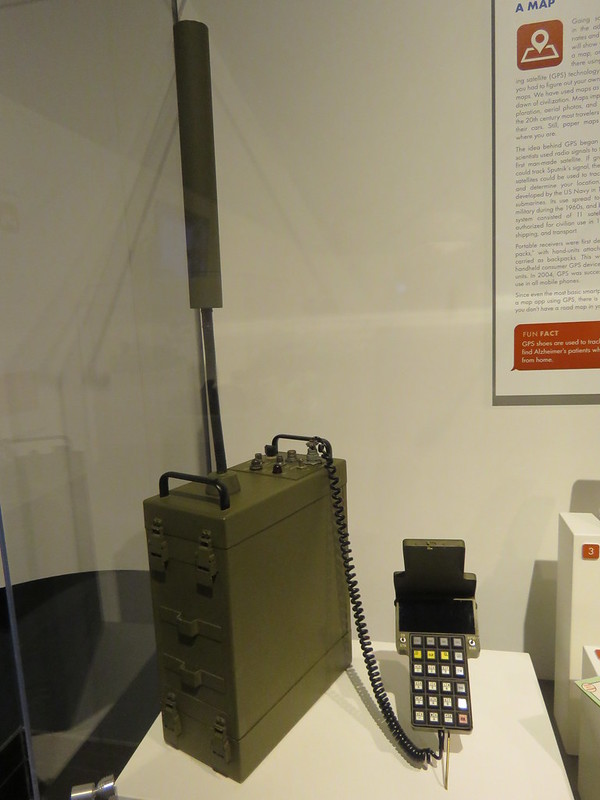 When the Soviet Union launched its Sputnik satellite in October 1957, it carried a radio transmitter broadcasting a simple “beep” that could be heard by receivers on Earth. Amateur radio operators all around the globe were able to listen to the signal for as long as the satellite remained in orbit.

Also listening in, however, were physicists from Johns Hopkins University, and they noticed something interesting: as the satellite passed overhead, its motion caused its radio signal to first increase in frequency and then decrease—the well-known Doppler effect. They found that by mathematically analyzing the Doppler shifts in the radio signal’s wavelength, they could determine Sputnik’s orbit by successively calculating its positions in the sky. The interesting part, however, came when these analysts also realized that the opposite was true: if they knew where the satellite was located in the sky, they could also use the timing and frequency of its radio signal to calculate their own position on the Earth’s surface.

This was something that the US Navy was very interested in. Since time immemorial, ships at sea had always sought better ways to determine their exact position so they could navigate more accurately. But in 1957 the US Navy had a particular reason for being interested in better navigation: they were working on submarines that would carry and launch the new Polaris nuclear-armed missile, and the more precisely a sub knew its own location, the more accurate its missiles would be and the more effectively they could hit their targets.

By 1964, the Navy had developed and deployed a satellite system known as TRANSIT. This consisted of a net of six satellites in polar orbits, each with a synchronized electronic clock which automatically transmitted information about its position. The polar orbit allowed global coverage, although each particular spot on the Earth’s surface would only be visible to one of the satellites for several minutes at a time, every few hours. During this window, US submarines were able to read the radio signal and determine their position to within 200 feet.

The Air Force, meanwhile, had also become interested in a similar system. As the USSR developed ground-based nuclear missiles, the US realized that its own fleet of Atlas and Titan Inter-Continental Ballistic Missiles would soon be vulnerable, and the Air Force starting working on plans for mobile launchers that could be moved around to avoid a Soviet first-strike. This in turn required a way for the launchers to accurately determine their new positions. Work began on a satellite system similar to the Navy’s TRANSIT, which was dubbed MOSAIC (Mobile System for Accurate ICBM Control).

In 1973, all of the various work being done on satellite navigation was brought together into a project called Defense Navigation Satellite System, which would produce a global platform suitable for all of the military tasks that would be required of it. Although based on the same fundamental idea as TRANSIT, the new system would be far more accurate. There would be 24 satellites in the network, allowing any spot on Earth to always be visible to at least four of them at a time and giving a much better accuracy through triangulation. The satellites would carry super-sensitive atomic clocks for better positioning information. The system worked by using the satellite’s atomic clock to calculate the time it took for the radio signal to reach the ground receiver, giving a precise distance and allowing the signals from a number of satellites to be triangulated for accuracy within 30 feet.

Although originally developed as a way to improve the accuracy of nuclear weapons, the military quickly found a myriad of uses for GPS, as new electronics technology allowed receivers to become smaller and cheaper. GPS receivers became standard navigation devices on Navy ships and, as they got smaller and lighter, on Air Force aircraft and Army helicopters, then on virtually all ground vehicles. As man-portable receivers came available, they were carried by infantry units.

It wasn’t long before miniaturized GPS receivers could be turned to purposes other than simple navigation. They were incorporated into weapons as very accurate guidance systems. One of the first of these was the ground and air-launched cruise missile, which used GPS in conjunction with ground-mapping radar to accurately deliver nuclear warheads over long distances. Today, aerial bombs and even artillery shells can be fitted with small GPS receivers which can guide them to specified lat-long coordinates.

The technology also had obvious civilian uses. In 1983, a Korean airliner strayed off-course and overflew a Soviet military base near Japan, and was shot down by a Russian interceptor. As a result, GPS technology was made available for civilian navigation. At first, the Pentagon intentionally scrambled the GPS data on civilian channels to make it less accurate, but this practice was ended in May 2000.

Since then, GPS technology has invaded everyday life, from our cars to our laptops to our cellphones. The first commercial GPS receiver, the NAV 1000 made by Magellan, weighed 1.5 pounds and had a price tag of $3000 in 1989. Modern GPS receivers are capable of using cellphone tower signals as well as ground-based GPS clocks to refine their calculations, and some systems are now accurate to within four inches.

Today, one of the early US Army man-portable NAVSTAR receivers is on display at the Tellus Science Museum in Atlanta, part of an exhibit interpreting the history of GPS technology.