The Battle of New Orleans is usually regarded as the last combat of the War of 1812, but it was not. The Battle of Fort Bowyer is now mostly forgotten, but it was the last British assault of the war, and it was fought almost two months after the war was over. 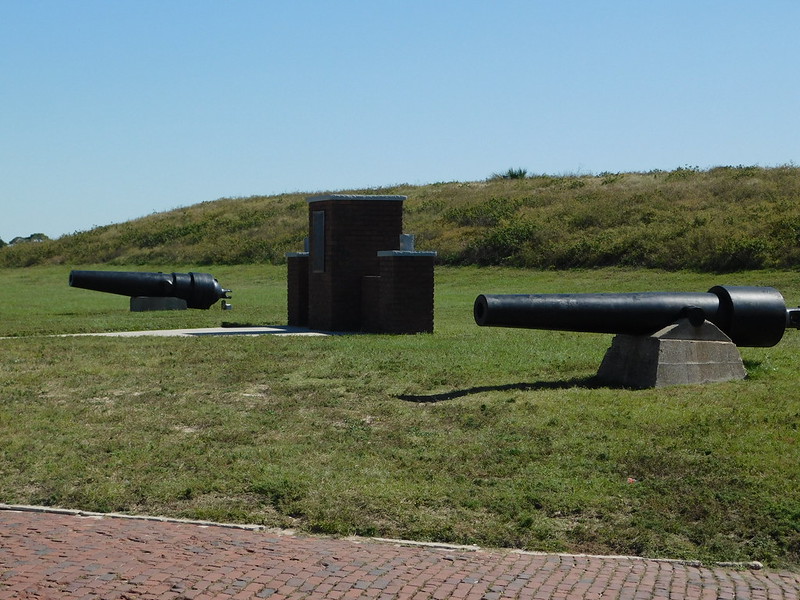 After failing to capture Fort McHenry and Baltimore, the British turned towards the major American port at New Orleans, hoping to seize the city and use it as a bargaining chip in the peace negotiations. As a prelude to the invasion of Louisiana, the British targeted the port city of Mobile, Alabama. This offered a staging area from which to prepare an overland assault on New Orleans, and also presented the opportunity to hold a land area within the United States that could serve as a basis for British demands to establish an independent “Indian Territory” to be populated by England’s Creek allies and serve as a barrier to American expansion.

The American commander in the south, General Andrew Jackson, had already anticipated this move, and in August 1814 he moved a garrison of troops to occupy Fort Bowyer, at the entrance to Mobile Bay. The log-and-sand fort was not yet finished, but it was now defended by 160 US troops and a dozen guns.

The British arrived a month later. On September 12, a fleet of four ships under Capt. William Percy reached Mobile. After three days of bad weather, a group of 60 Royal Marines and 180 Native American allies (mostly Creek and Seminole) led by  Lt. Col. Edward Nicolls landed and built a siege trench and cannon battery near the American Fort. Nicolls, ill with dysentery, then left and went aboard one of the British ships.

The fleet then attempted to bombard the Americans. But only two of the ships were able to get close enough to Fort Bowyer to bombard it with mortars and rockets. One of these was the flagship HSM Hermes, which was badly damaged by American cannon fire, (in the process wounding the British commander Nicolls), and, after running aground, was burned to prevent her capture.

The English were forced to withdraw. The plan to attack New Orleans from Alabama was abandoned, and instead the British decided to sail directly to Louisiana and attack from the sea.

After the defeat at the Battle of New Orleans, the British General John Lambert decided to try again, this time using the original overland strategy. That meant he had to capture Mobile to use as his base of operations, so on February 7, 1815, the English arrived off Fort Bowyer again, with a much larger fleet of 38 ships. After bombarding the Fort, Lambert landed 1400 troops and began digging siege trenches. After a few days he was within 40 yards of the walls and began to move up mortars, rockets and guns. Another 1800 troops waited nearby.

The American defenders, some 400 troops under Lt Col William Lawrence, realized that they were hopelessly outnumbered and the log-and-sand walls of Fort Bowyer could not withstand a heavy bombardment. Accepting that their position could not be defended, Lawrence surrendered on February 12.

With Mobile now secured, Lambert began making plans for another attack on New Orleans. But on February 14, 1815, ships arrived from Europe carrying the news that the Treaty of Ghent had already been signed back in December 1814, ending the war. Fort Bowyer was turned back over to the Americans, and the British fleet left and returned to England. Two months after the war officially ended, the fighting was over.

Fort Bowyer was abandoned, and all traces of it are now gone. Subsequently, Fort Morgan was constructed on the same site. Today, Fort Morgan is a State Historical Park, and a small museum displays some artifacts from Fort Bowyer with interpretive signs explaining the battle.