The little town of Centralia was once a typical Pennsylvania rural village, located in the heart of the anthracite coal belt. But now the city is abandoned and empty, the victim of an underground coal fire that has been burning for over 50 years. 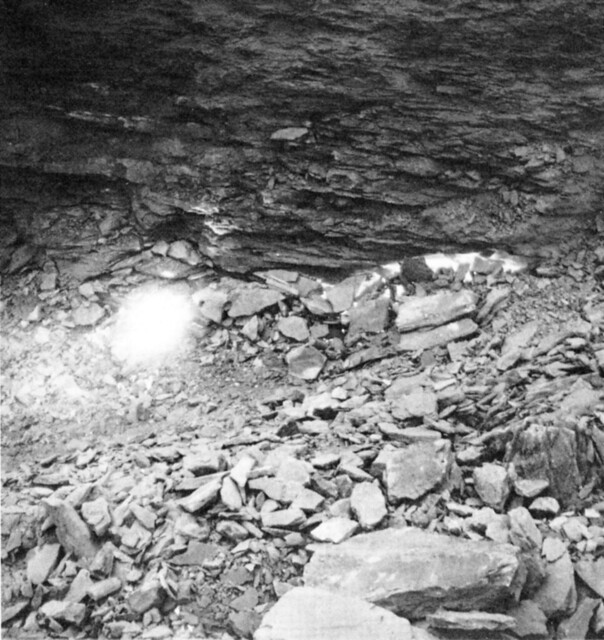 In the 19th century, coal was big business in northeastern Pennsylvania. Vast belts of anthracite and bituminous coal, formed during the Carboniferous period 300 million years ago, crisscrossed the area, and the mines here powered much of America’s early industrial development.

In 1842, a number of small coal mines were opened in the little town of Centerville PA. Over the next few decades about 3,000 people settled here, and the Centralia Colliery opened in 1862, providing most of the jobs in town. Four years later, Centerville and its surrounding villages were officially incorporated under the name “Borough of Centralia”. For the next 120 years, nothing much happened in the sleepy little coal town. As coal-heated homes were replaced by oil and gas, the coal industry declined, most of the mines shut down, and by the 1960’s Centralia’s population had shrunk to about 1100 residents.

Then, in May 1962, a fire started in the town’s garbage landfill. It’s still not certain exactly how it began: the most widely-accepted conclusion is that it ignited when the city council asked the volunteer fire department to burn a large pile of illegally-dumped trash in an abandoned open-air strip mine. Another hypothesis is that an accidental coal fire that was put out in 1932 had left some smoldering spots that never went out, and now re-ignited and set the landfill aflame; yet another theory is that some of the trash at the dumpsite spontaneously ignited. Whatever started it, apparently the flames from the burning trash were hot enough to ignite a seam of coal that was exposed on the surface. The coal seam became in effect a giant underground charcoal pit, fed by an inexhaustible supply of combustible fuel. Over the next few years the coal seam slowly burned back until it reached the other nearby underground coal veins, igniting them too. While local residents reported seeing some smoke escaping from underground and the town made a few attempts to dig out the burning coal under the landfill and extinguish the flames, everyone assumed that the fire was confined and nobody thought much of it: small underground coal fires, ignited accidentally, were fairly common events, and they always eventually burned themselves out harmlessly. (Pennsylvania, with its extensive network of old mines, has around 35 coal fires going on somewhere in the state at any given time.)

It wasn’t until almost 20 years after the fire had begun that its real extent became apparent. Residents in town began to notice that the winter snow was melting on their sidewalks, which were being heated from below. The Mayor of Centralia, John Coddington, found that the underground storage tanks at the gas station he owned had been heated to 170 degrees. And in 1981 a young boy who was walking across a yard was almost killed when the ground under him collapsed like a sinkhole, opening up a smoking pit of burned-out coal ashes. Surveys by state officials from the Department of Environmental Protection (DEP) found that the fire had spread from one coal seam to another, and now the entire town was literally on top of a huge coal furnace. And with untold millions of tons of fuel, this fire would not go out in anyone’s lifetime.

Now the Federal Government stepped in. They spent over $3 million to try to extinguish the underground fire before giving up, including a never-implemented plan to dig a 500-foot deep trench completely around the burning coal to contain it. Meanwhile, the dangers increased. Toxic smoke and carbon monoxide began venting from cracks at the surface and into homes and buildings. As coal-filled cavities were burned out, the ground above them began to subside, and often collapsed into sinkholes: the whole town was a minefield in which every step could potentially lead to a fatal cave-in. The main road into town, Highway 61, cracked from the heat and moved with the shifting soil, and was closed and barricaded.

In 1984, the Environmental Protection Agency issued its decision: Centralia was unsafe for human habitation and had to be abandoned. Over the next few years, Congress spent $42 million to buy up every property in town, either voluntarily or through eminent domain, and relocate everyone elsewhere. The Post Office revoked Centralia’s ZIP Code. The town no longer existed.

By 1990, only 8 residents remained, who had steadfastedly refused to either sell their property or leave. (Several of them clung to a kooky conspiracy theory that there was not actually any mine fire in town and it was all a ploy by the coal companies to get free mining rights to their property.) A flurry of legal actions followed, and finally in 2013, after decades of suits and countersuits, an agreement was reached with the seven surviving holdouts: they would be allowed to stay in their homes, but once they died the properties would be seized by the state and demolished.

Today, over half a century later, the Centralia fire continues to burn. It is estimated to extend for around 8 miles and to be as much as 300 feet deep in some places. The abandoned ghost town has now become an odd tourist site of sorts, with visitors traveling in to see the empty street grid, dead trees, noticeably-warm ground, and scattered volcano-like smoking vents and sinkholes. It is a potentially dangerous visit, however, that is strongly discouraged by a myriad of signs posted all over town: “Warning! The area encompassed by the Centralia Mine Fire is extremely dangerous. Walking and/or driving in the immediate area could result in serious injury or death. There are dangerous gases present, and the ground is prone to sudden and unexpected collapse. DEP strongly discourages anyone from visiting the immediate area.” Unless something fortunate happens, the smoldering furnace will continue to slowly eat its way through all of the extensive coal seam networks in the area, which could take over 200 years.

One thought on “Centralia PA: The Fire Down Below”