It is a fierce controversy, fought out with almost religious devotion by True Believers. Does “Chronic Lyme Disease” actually exist, is it a conspiracy of denial by medical science, or is it just an Internet hysteria? 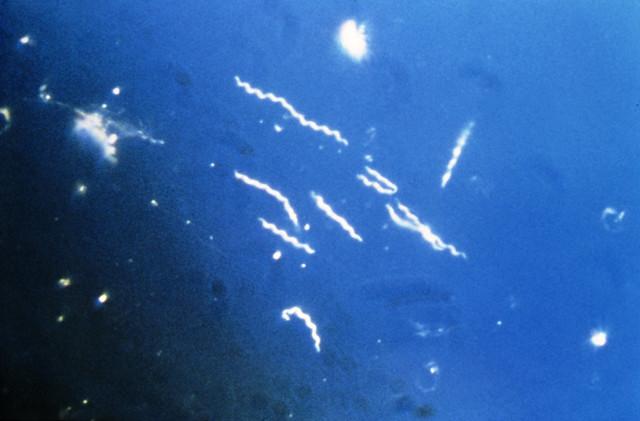 In the 1970’s, doctors in the area around the city of Lyme CT were puzzled. A number of local people, particularly children, were showing up at medical centers for treatment of rheumatoid arthritis, often along with generalized symptoms like fever, muscle aches, and fatigue. The real mystery began when most of the patients reported having a skin rash several months before, just before the symptoms started appearing. Researchers investigated the water supply and other possible sources of infection, but could find nothing.

Then in 1981 a breakthrough happened. Dr Willy Burgdorfer, a researcher with the National Institute of Allergy and Infectious Diseases (NIAID), noticed that the reported skin rashes from Lyme were similar to those described in Europe by people who had been bitten by ticks. When he looked at the Connecticut cases, he found that most of the cases involved people who had spent time in the woods, and some of them recalled having been bitten by a tick in the area where the rash occurred. Microscopic examination revealed a previously-undescribed spirochete bacteria in deer ticks and in infected patients, which, it was determined, was the cause of the infection. The bacterium was named Borrelia burgdorferi after its discoverer, and the infection became known as Lyme Disease after the place it was first recognized. About 30,000 Americans are infected with the disease each year.

Untreated, Lyme Disease can be serious. Once in the bloodstream, the bacteria can attack other body tissues, producing rheumatoid arthritis, hepatitis, nerve disorders, or heart damage.

Fortunately, medical researchers quickly found that treatment for the disease was a relatively simple affair–a regimen of antibiotics for a few weeks was enough to kill the bacteria. The real difficulty lay in making a correct diagnosis in the first place. Most of the symptoms of Lyme disease–fever, tiredness, muscle aches, headache–are also caused by a myriad of other illnesses, and often from no disease at all. Although Lyme disease is usually passed on only if the infected tick is attached to the patient for at least 36 hours, the deer tick is small, its bite is painless, and many people never even notice that they have been bitten. And because the symptoms may not appear for several weeks, many people do not associate their symptoms with an earlier tick bite. The only unique identifying symptom for Lyme Disease is the skin rash, known medically as “erythema migrans” or EM, which begins as a small purplish red spot and gradually grows to form a large series of bulls-eye rings. However, in a fair proportion of infections, the EM rash never develops.

Fora time, doctors were reduced to diagnosing Lyme Disease by an educated guess and a process of deduction. If the symptoms were a good match, if it was the time of year when ticks were active and the patient was in a place where he may have been exposed, and the most common other potential causes have been eliminated, then doctors were likely to begin treatment for Lyme. Today, there are two different tests that can diagnose Lyme Disease. One is an enzyme immunoassay blood test which looks for the antibodies made by the body’s immune system when exposed to the Borrelia spirochete. The second is a Western Blot test, which also looks for antibodies. Since it takes the body a few weeks to produce detectable antibodies, neither test can be used until at least a month after the infection. The usual process is to use the immunoassay test first, since it is simpler and cheaper. But since it is also less accurate, people who test positive in the immunoassay are then given the blot test to eliminate false positives. If both tests give positive results, antibiotic treatment is begun. In nearly all patients, that is enough to kill the bacteria and end the symptoms.

However, a small percentage of patients continue to report symptoms even after antibiotic treatment, sometimes for years–which has become known as “Chronic Lyme Disease”. And therein lies the root of the controversy.

The current consensus of medical science is that Lyme Disease is easily curable with a short regimen of antibiotics, there are currently no strains of antibiotic-resistant Borrelia bacteria, and once the spirochetes are dead the disease will end. However, researchers have concluded, it is possible in a small percentage of cases that symptoms may persist for as much as a year. Some of these symptoms will be the result of tissue damage done by the original Borrelia infection, which can take some time to heal. Also, like some other infections, Lyme Disease may in some cases provoke an auto-immune reaction in which the body becomes sensitized to its own tissues and the immune system begins to attack its own cells, producing longterm symptoms. Since an infection does not give future immunity, it is also possible for people to become periodically reinfected with Lyme from successive tick bites, leading to symptoms that may continue for a long time even though they are not from the same infection. And since the symptoms of “Chronic Lyme Disease” (fatigue, headache, muscle aches) are so generalized and can result from other diseases as well as from no disease at all, the “Chronic Lyme” may in fact not involve any Borrelia infection at all, or indeed any disease. And so the consensus of medical science is that “Chronic Lyme Disease” simply doesn’t exist: they refer to the lingering tissue damage and auto-immune reactions as “Post Treatment Lyme Disease Syndrome”, or PTLDS.

But a small minority of Lyme patients have decided that medical science is wrong, and assert that their lingering symptoms are the result of a chronic relapsing infection by the Borrelia spirochete and that the “medical establishment” is, for various reasons, conspiring to deny the validity of their assertion. Fueled mostly by the Internet, they exchange stories with each other, keep the ideology of “Chronic Lyme Disease” alive, and tell each other about “alternative treatments”.

It is not a mere academic debate. Inappropriate “treatments” for a disease that does not even exist not only put patients at unnecessary risk, but increases the health risks for everyone else, too.

The most common “treatment” is a longterm regimen of antibiotics, sometimes for several years. These are provided by a tiny number of medical professionals who are referred to in the advocacy community as “Lyme-Literate Medical Doctors” or LLMD’s. Some of these doctors probably sincerely believe what they practice, even though none of it is supported by the medical consensus. Many “LLMD’s”, though, are simply frauds who are siphoning money from the gullible. (And many believers, in turn, go “doctor-shopping” until they find an LLMD who will tell them what they already want to hear.)

None of these have any medical research to show that they actually work on Lyme, or even that they are safe. Several patients have died under these “treatments”, and several doctors have been prosecuted for fraud and/or had their medical license revoked for using them (or for using unreliable or fraudulent “tests” to make inaccurate diagnoses, rejecting negative results from immunoassay and blot tests, or not even testing at all, thereby “treating” people who do not even have Lyme Disease). And since “Chronic Lyme Disease” is not recognized as a valid medical condition, most health insurance plans will not pay for its “treatments”. Some Internet patients (many of whom are self-diagnosed), when “denied treatment” from “the medical establishment”, have resorted to using illegally-obtained veterinary antibiotics to treat themselves at home.

The controversy has also attracted the attention of the “natural medicine” quacks, who have flooded in with all sorts of “naturopathic cures”, ranging from “chelation therapy” to “detoxification” to various “herbal medicines”. These “treatments” have no science at all behind them (a fact which the True Believers dismiss as just a big conspiracy against them). But they thrive because of the emotion-based beliefs and desperation of the patients, and the shared conspiratorial worldview that the “medical establishment” is “against them”.

The medical research done on “Chronic Lyme Disease” has been consistent. In a series of studies, the CDC found that Lyme-diagnosed patients who underwent longterm antibiotic regimens had no reduction in symptoms. Indeed, other studies showed that putative “Chronic Lyme Disease sufferers” had no greater number of symptoms than other age-matched subjects who had never had Lyme Disease at all. Virtually every medical society, from the Centers for Disease Control to the National Institutes of Health to the National Institute of Allergy and Infectious Diseases to the Infectious Diseases Society of America to the American Academy of Neurology, has concluded that not only is there no medical evidence whatever for “Chronic Lyme Disease”, but the most common “treatment” for it–longterm antibiotics–is not only a potential danger to the patient, but can also increase the appearance of antibiotic-resistant disease organisms, producing health dangers for everyone else.

EDIT: Medical science has also conclusively determined whether reported “recurring symptoms” are from a chronic single infection, or a series of different reinfections over time. They did this by extracting samples of the bacteria from each recurrence and comparing their DNA sequences. If the symptoms were the result of a single chronic infection, the DNA sequence would be the same, since it was caused by the same bactteria. But in reality, all of the observed DNA sequences were different. The certainty was near 100%–each occurrence was caused by a sequential reinfection.

However, the controversy continues to rage, fed by mostly-inaccurate information and conspiracy theories posted on Internet advocacy websites and forums.