Can the bite of a common tick force a person to become vegetarian? The surprising answer seems to be… yes. 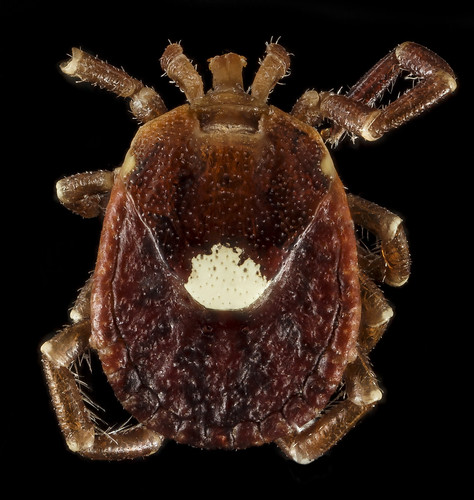 In the 1980’s, allergist Dr Thomas Platts-Mills, at the University of Virginia’s School of Medicine, began receiving a number of unusual patients: each of them was suffering from a severe allergic reaction known as anaphylactic shock, with hives, itching, and dangerous swelling of the airway. And each of them claimed that the reaction had happened a few hours after they ate red meat, in the form of a hamburger or steak. Dr Platts-Mills could find no cause for the reaction and no logical basis for the patients’ claim that it was caused by eating meat. He privately concluded that it was all in their heads.

Then in 2000, Platts-Mills was contacted by Dr Robert Cohen, from the drug company Bristol-Meyer-Squib. The company had produced a new drug called Cetuximab that was used to treat colo-rectal cancer. During the clinical testing, however, a small number of patients reported severe anaphylactic shock as a side effect of the drug. There seemed to be no plausible explanation for the reaction. Cohen asked Platts-Mills if he could look into it, but he found no explanation either.

Four years later, Cetuximab was approved by the FDA and released for use. It proved to be very useful in cancer treatments. But once again, in a small proportion of patients who took the drug, severe anaphylactic shock occurred. One patient in Tennessee was killed by the allergic reaction. B-M-S once again contacted Platts-Mills for help.

But this time, there was a detail that had not been noticed before: an oncologist in North Carolina, Dr Bert O’Neil, reported that almost one-fourth of his patients reported an allergic reaction to the drug, but these cases seemed, oddly, to be confined in a particular geographic area. O’Neil found that nearly all of the patients who had experienced allergic symptoms lived in the southeastern US, while almost none of the patients who lived elsewhere reported any reactions.

That gave Platts-Mills something to work with: he now compared blood samples of cancer patients in Tennessee who had taken Cetuximab and had reactions, with patients in California and Massachusetts who had also taken the drug but had no allergy symptoms, and searched for some difference. And he found one: the allergy-causing samples from Tennessee contained antibodies to a carbohydrate sugar called galactose-alpha-1,3-galactose (or “alpha-gal”), which is normally found in the tissues of all of the mammals except for humans and primates. Since Cetuximab was made using blood serum from mice, it contained alpha-gal, and the antibodies in the reactive blood samples indicated that the allergy was a response to the presence of this particular sugar.

That was unusual–nearly all allergic reactions come from proteins, and result when the body is exposed to the substance and becomes sensitized to produce antibodies, which then over-react at the next exposure and release large amounts of histamines, producing the symptoms of anaphylactic shock.

But if the severe allergies were being caused by the presence of alpha-gal in the cancer drug, how had the patients been previously sensitized to the sugar? And here is where things get strange…

First, Platts-Mills recalled that many of the patients who came to him with allergic reactions also mentioned that they had recently suffered tick bites. Then, one of the lab assistants confirmed that the geographical range within which patients were reporting anaphylactic reactions to the drug overlapped that of the areas where Rocky Mountain Spotted Fever was endemic. Spotted Fever is carried by ticks. And now Platts-Mills began to suspect that the eight-legged little parasites had something to do with the allergic reactions in his patients. He began testing both people who reported allergic reactions to meat, and people who recalled being bitten by ticks, for the alpha-gal antibodies. And indeed, they nearly all had the antigens in their blood. They had all experienced an immune-system reaction to alpha-gal at some time in the recent past.

Now, Dr Platts-Mills performed an unofficial experiment: he took a walk in the woods, made sure he was bitten by ticks, and tested his own blood–it tested positive for alpha-gal antibodies. Then he ate a couple of lamb chops for dinner. Within hours, he had experienced an allergic reaction.

Over the next eight years, Platts-Mills has continued to do studies and gather data. As with all science, there are some caveats: “correlation” does not equal “causation”, and so far there is no demonstrated mechanism for the tick bite to cause the observed phenomenon. But it certainly appears to be a plausible hypothesis.

The mystery remains, though–how does it happen? Since humans are exposed to alpha-gal all the time, it cannot be the mere presence of the sugar in the bloodstream that provokes the allergic reaction. Platts-Mills’ hypothesis is that the ticks, especially the Lone Star Tick, which is the most common in the southeast, have some kind of reactive chemical in their saliva that acts along with the alpha-gal and, in a small number of patients, provokes the body’s immune system to over-react. Later, when the patient ingests something that contains alpha-gal (such as red meat, or drugs made with mammalian blood serum like Cetuximab), the immune system goes haywire and over-produces a massive amount of histamines, leading to allergic reactions and sometimes anaphylactic shock.

There are some indications that the sensitivity goes away over time. But meanwhile, the only way to avoid the reaction is to not eat any red meat. In effect, the tick has forced the human to become a vegetarian.

Further research is ongoing. In the meantime, there are tests available to screen patients who have sensitivity to alpha-gal.