In 2012, the Kodak film company, which had once been one of the largest corporations in the country with a 90% market share, filed for chapter 11 bankruptcy. The company had, ironically, been driven almost to extinction by a product that Kodak itself had invented. 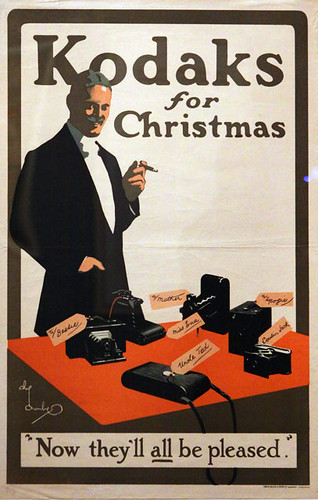 In 1969, two researchers at ATT’s Bell Telephone Laboratory were facing budget cuts. In desperation, Willard Boyle and George Smith put their heads together to come up with a new research project. In just one afternoon, they put together the idea for a computer chip which contained an array of very small light sensors, each of which could independently measure the level of light reaching it and convert this information to a digital signal, which was then stored. In this manner, the two researchers concluded, they could form an image made of “pixels” (“picture elements”) in somewhat the same way that mosaics were made from a series of small colored tiles or stones. The chip became known as the “Charge-Coupled Device” or CCD.

The new imaging method quickly caught the attention of NASA, who wanted a way to take and transmit digital photographs from space probes. CCD cameras were also developed by the NSA for use in its spy satellites. The new technology also attracted an electrical engineer at the Eastman Kodak Company. Kodak had been the largest producer of photography film in the world for 100 years, but it was always interested in exploring potential new imaging technologies. So in 1973, Steven Sasson was given the task of examining a CCD chip being produced by the Fairchild Semiconductor Company and producing a workable “filmless camera” from it. Using off the shelf parts that he had available, Sasson fit the CCD chip into the back of a camera body, placed a focusing lens from an 8mm film camera at the front, used a Motorola voltmeter to convert the analogue light signals to digital numbers, and connected an ordinary cassette tape recorder to store the images. The device, which was about the size of a shoebox and weighed over eight pounds, was capable of taking black and white photos measuring 100 pixels by 100 pixels; each photo took around 25 seconds to store on the cassette. Kodak was issued a patent for the process.

The company then made what turned out to be the most colossal mistake in its history. While recognizing the potential in the new technology, both Sasson and the Kodak managers decided that it would be many years yet before CCDs could produce anything near film quality (they estimated that the crude 10,000 pixels they had achieved would need to grow to at least two or three million pixels before it would be of any use to photographers). And so Kodak dropped their research into digital imagery, preferring to stay focused on their corporate bread and butter, the photography film market.

Other companies stepped in, however. In 1976, Fairchild Semiconductors used its CCD chips to produce a camera that was marketed as a method of inspecting products on manufacturing assembly lines. In August 1981, Sony introduced what is today considered to be the first practical filmless camera, known as the Mavica. This was an analog TV camera that was modified to take still shots, using a color-sensing CCD chip. The Mavica took photos that measured 570×490 pixels, and stored them on a small two-inch square computer floppy disk called a Mavipak. Each disc could hold up to 50 photos, which could be played back for viewing on a monitor or TV set.

In 1988, the Canon Company released the RC-250 Xapshot, which stored photos on computer floppy discs. The camera sold for $499, plus another $999 for the necessary computer card and software. It was used mostly by newspaper journalists. That same year, Fuji developed a digital camera called the DS-1P, which was never released in the United States. The DS-1P saved its photos on a 16MB internal storage chip, which could download to a computer using a cable and card. In 1990, the Dycam Model 1 became the first digital camera to become available in America. It stored its photos internally, and allowed users to download them to their computers. A year later, the Hasselblad company began fitting its SLR film camera bodies with CCDs to produce digital cameras capable of shooting color images at 2048×2048 resolution.

By 1992, the Internet had begun its exponential growth, fueled largely by the appearance of the Mosaic browser which, unlike the earlier Lynx browser, was capable of displaying graphics and photos. That led to an explosion in interest in digital photography, and CCD cameras soon appeared with 1.5 MP resolution. Other cameras had a built-in modem to send digital photos over the Internet; the Smart Media card was introduced which eliminated the need for cards and cables to download photos to a computer, and digital cameras began to sport LCD viewfinders on the back. By the mid-1990’s, cameras were featuring resolution and photo quality that were equal to traditional film, although the first 2 and 3 MP cameras were bulky (they weighed around 3 pounds) and expensive. By 1999, however, Nikon was selling inexpensive 2MP cameras in its Coolpix series for the average point-and-shoot consumer. Today, digital cameras are available with resolution as high as 39 MP.

The Kodak Company, meanwhile, which had been completely unprepared for the explosion of the digital camera technology that it had invented, watched in horror as digital photography steadily ate away at its film business. Although it was Kodak who had developed the first digital camera capable of a 1 MP resolution, other companies like Canon, Konica and Nikon dominated the market and by the time Kodak belatedly entered the arena in 1992, it found itself years behind. In desperation, the company formed a partnership with Nikon to produce high-end professional digital cameras up to 6MP in resolution, but they were priced at over $20,000 and never did well. Kodak also partnered with Microsoft to replace the familiar film-development kiosks in shopping malls with digital centers for downloading images and creating Photo CD-ROMs. Briefly the top seller of digital cameras in the US in 2005, by 2010 Kodak had dropped to seventh place.

Revenues fell steadily. By 2011, the company had closed 13 factories and 130 film processing labs, and laid off 40,000 employees, but was still a billion dollars in debt. After filing for Chapter 11 bankruptcy protection, Kodak sold off nearly all its digital imaging patents and products, and now produces mostly photo-printers. The once-mighty corporation has been de-listed from the S&P and Dow Jones stock indexes, and survives today only as a shell of its former self–an abject lesson in the consequences of ignoring new technology.