The kayak is one of the most versatile type of boats ever built. Originally designed for the freezing ice-filled waters of the Arctic north, the kayak today is used by vacationers from Michigan to Florida, and has been adopted by special military forces all around the world. Here is the history of the kayak. 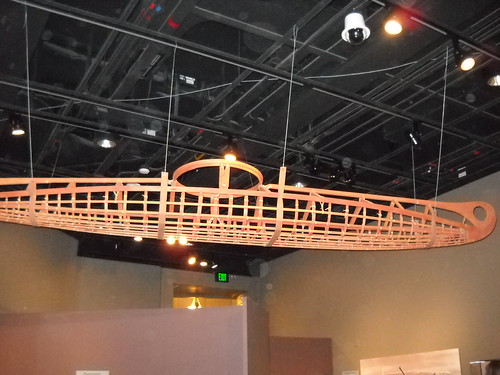 Because the first boats were made of perishable materials like wood and skin that do not preserve well in the archeological record, we know very little about them. The earliest boat for which we have physical remains was found in Pesse, Holland in 1955, during the construction of a roadway. The Pesse Canoe is a dugout, made by applying fire to a pine log and scraping away the charred wood to form a hollow interior. It has been carbon-dated to between 8040 BCE and 7510 BCE. Pieces of a riverboat constructed of bundles of reeds have also been found in Kuwait, dating to about 5000 BCE. And complete wooden boats, made from planks, have been excavated from Egyptian tombs dating to 3000 BCE. These were used for transportation on the Nile River.

It is highly likely, however, that boats existed long before these. When humans first left Africa 100,000 years ago, they likely took some sort of boat with them: the humans who populated southeast Asia and Australia 45,000 years ago must have used boats to do so.

About 15,000 years ago, hunters from Siberia crossed over into North America along the land bridge known as Beringia. It is most likely that they followed pack ice along the seacoast, in boats. During this time, the Siberians were making boats from open wooden frameworks lashed together with sinew or plant cords, and hulled with sealskins that were stitched together. These boats, now known as the “umiak“, continued to be made by the people who settled in the North American Arctic and became known as the Inuit. Umiaks are intended as open-sea transport for cargo and people, and were also used by hunters for whaling. They are rowed by a number of people using short single-ended paddles, and can measure as much as 60 feet long.

At some point in time, a smaller and lighter version of the umiak was developed for use in hunting seals along shore and amidst pack ice. This was the “kayak” (the name means “hunter’s boat” in the Inuit language). The kayak also had a lightweight wooden frame made from pieces of driftwood that were split into beams (in areas where wood was scarce, whalebones were often used instead). These were pinned together with wood or ivory pegs and lashed with sinew or strips of skin. The hull and upper deck were then covered with 3-4 sealskins that were stitched together to form a watertight covering, leaving only a small round open cockpit in the center where the rower sat, propelling the craft with a long double-ended paddle. Unlike the umiak, which was wide and high to protect from waves in the open sea, the kayak was low and narrow, and was intended as a near-shore craft. The freezing ice-filled water could kill an immersed person in just minutes, so in areas where capsizes from waves or ice-calving were a distinct possibility, the kayak was built for protection. The covered deck and small cockpit prevented water from entering the boat; many hunters used a waterproof sealskin cape called a tuilik, which was tied around the rim of the cockpit to make a waterproof seal, and also inserted skin bladders containing air into the inner compartments. This allowed the kayak, if capsized, to stay on the surface without taking on water, giving the hunter a chance to use an “Eskimo roll” with his paddle to quickly right himself.

The earliest kayak remains we have today are about 2000 years old, but it is a certainty that they existed long before then, perhaps as much as 8-9000 years ago or earlier.

Kayaks were custom-built to fit their specific owner. The length of the boat was typically three times the paddler’s armspan, the width consisted of the distance between the paddler’s hips plus two fists, and the height at the middle was the length of the fist plus an extended thumb. This resulted in a boat that was around 17 feet long, about 20 inches wide, and about 8 inches deep in the middle and higher at both ends. In the Greenland area, where most paddling was done near shore, the kayak would be made a bit wider to make it more stable and to allow captured prey and supplies to be stored inside under the deck; in the Aleutians, where long-distance travel between islands was often necessary, the kayaks were long and narrow to give them greater speed.

In the 1740’s, hunting ships from Russia made first contact with the Inuit natives in the Aleutian Islands. The Russians were hunting seals and sea otters for their fur–a task which the Aleutian kayakers were extremely proficient at. So the Russians began to hire (or capture and force) native Inuits to accompany them and hunt sea otters, taking them as far south as the California coast. But by the 1890’s, the trade in seal and otter fur was waning, and the Inuit themselves were abandoning their traditional ways. The kayak fell out of use, and only a handful of people kept the tradition alive.

In 1845, a Scotsman named John MacGregor built his own version of the kayak based on old sketches of Inuit designs. He named it the Rob Roy, and it inspired a small but devoted group of paddlers who used their homemade boats to explore the chilly seas around northern Scotland. The British referred to their kayaks as “canoes”, a split in nomenclature that still persists today (in the US, a “kayak” has a covered deck and is usually propelled with a double-ended paddle, while a “canoe” has an open top and is propelled by a single-ended paddle). Were it not for theRob Roy and the British paddlers, the traditional art of the kayak may have died out entirely.

In 1905, the kayak design was updated by a German enthusiast named Hans Klepper, who made his frame from sections of aluminum pole and covered it with a removable rubberized-cloth skin. He called it the “foldable” kayak–it could be dismantled and packed into a small bundle that could be easily transported.

It wasn’t long before the military took an interest. Kayaks presented a silent low-visibility and portable method of transporting small teams of troops. During the Second World War, the British pioneered the use of foldable kayaks by commandos and special forces troops, using them as clandestine methods of infiltrating enemy-held areas.

In the 1960’s, recreational sea kayaking became popular, and kayaking clubs began to appear in the US. One-piece frameless kayaks made from fiberglass shells were introduced, and in 1973 the first plastic kayaks were made by melting pellets of polyethylene inside a mold and rotating it to coat the inside. With the “rotomolding” process, kayaks could be produced quickly and cheaply, and the sport took off. Today, sea and river kayaks are widely available in a variety of styles, ranging from “sit on tops” to traditional styles with as many as two or three cockpits. Kayaks have become the vehicle of choice for wildlife photographers, weekend explorers, river adventurers, and fitness enthusiasts.

There also remain a small but dedicated group of hobbyists who hand-build their own kayaks using the traditional skin-on-frame method. The ancient sealskin vessels have been updated with modern materials, using ballistic nylon, canvas, or polyester cloth, waterproofed with latex paint or rubberized hypalon. 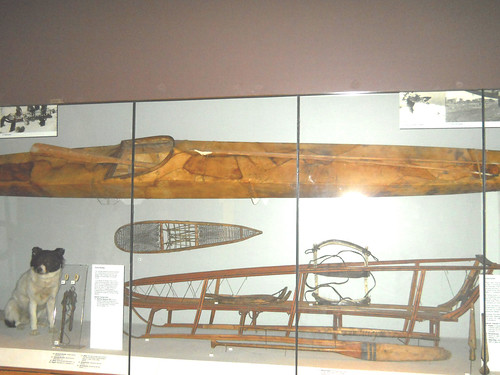