The brain of Albert Einstein produced insights which changed entirely the way we look at the universe and at space and time itself. But the oddest adventures of Einstein’s brain happened after he was dead. 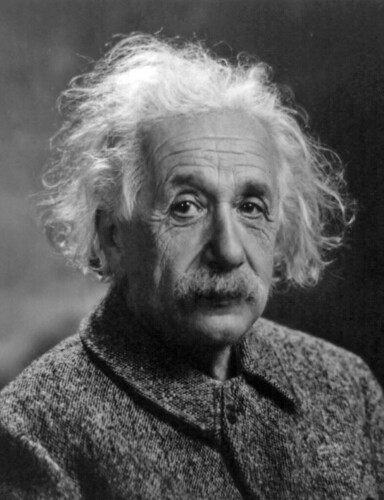 On April 18, 1955, Albert Einstein, the most famous scientist in history, died at a hospital in Princeton, New Jersey, at the age of 76. In 1905, Einstein had published a paper setting out the theory of relativity, which explained how “gravity” was the result of the warping of “spacetime” by the presence of mass. Relativity theory became the basis for most of modern cosmology and is central to our understanding of how the universe works. Einstein became the rock star of science, lauded as a supergenius. It was, alas, an image that he never liked. Fearing that his gravesite would become a sort of mecca for science pilgrims and fame-worshippers, Einstein specified in his will that his body be cremated after his death and his ashes scattered. But that is not quite what happened . . .

As near as can be reconstructed, the story of Einstein’s brain began just a few years before his death, when Yeshiva University, in New York, opened a new medical school and named it the “Albert Einstein College of Medicine” in Einstein’s honor. According to later accounts by the medical school’s director, Dr Harry Zimmerman, as the college was being built, Einstein and Zimmerman had a number of discussions about neuroscience, in which Zimmerman pointed out that Einstein’s brain would make a good study subject, to see if there was some physiological reason for his unusual genius. Einstein, according to Zimmerman, informally agreed to allow his brain to be scientifically studied after his death. But this was never written into Einstein’s will, and his family members would later declare that they were never aware of any such agreement.

When Einstein died, his body was taken to the Princeton Hospital staff pathologist, Dr Thomas Harvey, for an autopsy. Harvey had been a student of Zimmerman’s, and Zimmerman reportedly called Harvey to tell him about Einstein’s agreement, and asked him to remove and preserve the brain. Dr Harvey placed it in a jar of formalin, a preservative, to harden it for later examination. The rest of the body was cremated in accordance with Einstein’s will.

When Princeton University found out that he had kept the brain, though, Harvey was asked why he had taken it apparently without permission from the family. In response, Harvey got a retroactive permission from Einstein’s eldest son Hans for the brain to be studied for purposes of scientific research. Harvey took a number of photographs of the brain from different angles, then “sectioned” parts of it into 240-odd cubes, each about a cubic centimeter in size. Harvey also made about a dozen sets of microscope slides using thin sections from various parts of the brain.

Harvey began parceling out small pieces of the brain cubes to other researchers. At least one set of microscope slides and a number of cubes went to Dr Zimmerman at Yeshiva University. Smaller amounts of brain material were also sent to MIT and the University of Illinois. A set of 46 slides was given to the Philadelphia General Hospital School of Medicine. But as a condition of receiving these materials, Harvey declared that only he would be permitted to publish any actual research results–despite the fact that he was not a neurologist and was not qualified to carry out such research.

In 1960, Harvey was fired by Princeton, for reasons that are still not clear. One rumor is that the university was upset that he had kept the brain materials for almost five years and still hadn’t published any scientific findings on them. Another rumor is that Harvey had never really received any permission to keep the brain and Princeton feared a lawsuit. In any case, when Harvey left Princeton University, he took all of Einstein’s brain material along with him, contained in three glass jars full of formalin. A short while later, after a messy divorce (during which his wife threatened to destroy the jars containing Einstein’s brain, which were reportedly stored in the garage), Harvey roamed around the country from Ohio to Missouri to Kansas, working in small pathology labs and at one point opening his own private medical practice. Einstein’s brain went with him, traveling in an old beer cooler in the trunk of his car. Twenty years after Einstein’s death, Harvey had still not published a single scientific paper on the famous brain he was toting around and supposedly researching.

In 1978, a magazine reporter named Steven Levy did an article on the strange story, revealing that Dr Harvey still had Einstein’s brain, stored in pieces inside three mayonnaise jars in his office cabinet. The story caused a brief media sensation, with newspaper reporters camping out on Dr Harvey’s lawn to try to get an interview. After reading Levy’s story, a neurologist at UCLA, Dr Marian Diamond, became interested and contacted Harvey to ask for some of the material to work with–Harvey sent her four cubic sections.

In 1988, Dr Harvey, now almost 80, lost his medical license after failing a competency exam. Within a few years, he was working fulltime at a plastics factory to make ends meet–but he kept Einstein’s brain and did not return it to a legitimate scientific or medical institute. In 1994, a Japanese film-maker named Kenji Sugimoto tracked Harvey down in Kansas, found that he still had all of the brain material–and when Sugimoto asked Harvey for a piece to keep, the ex-doctor helpfully sliced off a section with his kitchen knife.

Then in 1995, Harvey heard of the work being done by Dr Sandra Witelson in Ottawa in preparing a “brain bank” containing samples of human brain material from around the world. Out of the blue, he faxed Dr Witelson and asked if she wanted a sample from Einstein’s brain, then hand-delivered it to Canada in a jar. A year later, another sample was sent to a researcher at the University of Alabama.

In 1997, Harvey, now living in New Jersey, took Einstein’s brain on another road trip, this time with writer Michael Paterniti. The two of them drove across the US to California on an apparent quest to “return” the brain to Einstein’s living granddaughter Evelyn. Evelyn hadn’t asked for it and didn’t take it, and dismissed the whole situation as “creepy”.

Apparently stung by the criticism he received from this stunt, Harvey finally surrendered most of the remaining Einstein brain material in his possession, turning over the intact cerebellum and brain stem, 170 of the sample cubes, and the 14 original photos of the intact brain before it was sectioned, to the Princeton University Medical Center, where the whole strange journey had begun 43 years earlier. In 2007, at the age of 97, Dr Thomas Harvey died. After his death, Harvey’s estate turned over the 560 microscope slides of Einstein’s brain that had still been in his possession to the National Museum of Health and Medicine, in Washington DC. Another set of 46 slides that had originally been given by Harvey to the Philadelphia School of Medicine was obtained by the Mutter Museum, where they are now on display. The remaining pieces of Einstein’s brain are still scattered in the archives of the research institutes who received them from Harvey.

A total of six scientific papers have appeared over the years from various researchers who have studied portions of Einstein’s brain (or, in one case, the photos of it). None of them were able to make any widely-accepted case that Einstein’s brain structure was significantly different than anyone else’s in any meaningful way.

2 thoughts on “The Strange Journey of Einstein’s Brain”